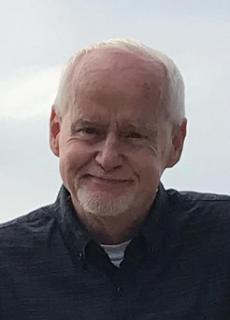 Celebration of Life Services: Will be held on Saturday, November 6, 2021, at 11:00 a.m. at the Emmanuel Lutheran Church in Fontanelle, Iowa. A luncheon will immediately follow the service. Pastor Steven Broers will officiate the service. The Steen Funeral Home in Fontanelle is in charge of the professional arrangements.

Memorials: Memorials may be directed to the American Diabetes Association.

Dennis Kirk Rohner passed away October 27, 2021 at the Metro Heart Center, Grand Rapids, MI. where he was being treated for heart failure due to his 58 years of struggle with Type 1 diabetes.

Denny (also known as Kirk) was born October 10, 1950, in Greenfield, IA. to Ivan and Phyllis Rohner. Kirk was the third child with an older sister Bette, older brother Craig, and two younger brothers Randy and Michael.

Kirk graduated from Bridgewater-Fontanelle High School in 1969. He started his work career after school and weekends working as a grocery store clerk for Strom’s Grocery store in Fontanelle. He attended Devry Institute in Chicago but left after deciding it did not offer what he wanted. He later worked for the Federal Reserve Bank in Chicago before moving to Portage Michigan to be close to Bette. He found a job with Great Lakes Computer Center in Portage, MI where he worked for 35 years as a Support Analyst and finished his work career at National City Bank as a Computer Programmer.

Nearing retirement Kirk used his interest in music and created a little side business called “Kirks Dancing Music” where he would provide music for wedding receptions or parties of any kind and had literally thousands of songs to choose from. He was happiest when playing and listening to music. He purchased an organ with all the features of a full band, signed up for lessons and spent hours of enjoyment playing the organ.

Bright colored lights always caught his attention and he loved to tinker with electric switches to control the various light displays. He was his father’s lead assistant in organizing the Christmas light decorations. He followed his mother’s interest in always wanting to decorate inside and out for all special holidays.

Kirk loved family gatherings, he made sure there were games and activities planned for all. He always brought a smile to people’s hearts but wasn’t afraid to tell you what he thought no matter the subject. He was greatly loved, had a heart of gold, and generous to a fault he truly will be missed.

Kirk never married, he spent 25 years with his partner Bob Rohdy until his passing in 2000 and for the past eight years with his close partner Steve Verberg where they shared a house in Paw Paw, MI.

Kirk was preceded in death by his partner Bob Rhody, his parents Ivan and Phyllis Rohner, and sister in-law Jayne Rohner.

He is survived by his partner Steve Verberg; sister Bette (Rohner)Forsberg and husband George, brothers Craig, Randy and wife Janet, Michael and wife Mary, all the nieces and nephews, numerous aunts and uncles from the Edwards family and a huge list of cousins.

To order memorial trees or send flowers to the family in memory of Dennis Rohner , please visit our flower store.
Send a Sympathy Card