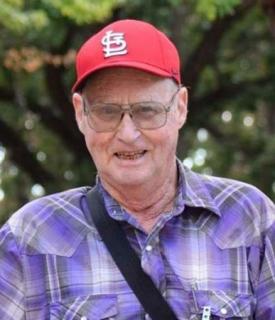 Funeral Services: Will be held on Tuesday, November 30, 2021, at 1:30 p.m. at the Immanuel Lutheran Church in Greenfield with burial in the Immanuel Lutheran Cemetery, Prussia Township.  Full military graveside rites will be held by the Greenfield American Legion Head-Endres Post No. 265 and V.F.W. Post No. 5357. A luncheon will follow the burial back at the church. The Rev. Dr. Keith Schweitzer will officiate the service. The Steen Funeral Home in Greenfield is in charge of the professional arrangements.

Family Visitation: The family will greet friends on Tuesday, November 30th, one hour prior to services at the church.

Memorials: In lieu of flowers memorials may be directed to the Little Lambs Preschool or to Mission Central.

Duane William Morrison was born to William Herbert and Amanda Louise Mensing Morrison August 8, 1938, on the family farm near Casey, Iowa. He was a lifelong member of Immanuel Lutheran Church in Greenfield. He was baptized September 18, 1938 and confirmed May 31, 1953. His father joined the church and was confirmed that day as well. He graduated as valedictorian of his Casey High School Class of ‘57.

He met Patricia, his wife, through Walther League skating parties in Creston. During most of their courtship, he was working as a draftsman at an architectural firm in Des Moines. They were married January 29, 1961, at Trinity Lutheran Church in Creston. He worked as a farm hand for Raymond Mensing until later that year when he was drafted into the U.S. Army. He served in Germany near Stuttgart. Patricia was able to join him there. Their son, Alan, was born while they were living in Germany. When discharged from active duty, Duane worked for Thermogas in Greenfield until February 1966 when they moved to the family farm. In addition to farming the land, Duane had a radio/TV repair and sales business, did carpentry work, sold seed corn and feed, worked on real estate appraisals at Hodges Realty, and assisted at Mullen Funeral Homes. Duane and Patricia moved into Greenfield in 2006 and resided there during retirement.

Duane served his Lord in several positions in the church as Sunday School Superintendent, financial secretary and elder, and as an email specialist for Mission Central. He and his wife enjoyed going to Family Retreat II at Camp Okoboji for many years, where they were later joined by some of the family members who continue to go. He also helped at Joy Camp there when Pat served as nurse. He enjoyed being with his family and meeting with the coffee group in Casey. He will be remembered by his family as a kind and loving husband, father, and grandfather, who was always willing to help friends and neighbors when he was able.

Preceding him in death are his parents William and Amanda Morrison.

To order memorial trees or send flowers to the family in memory of Duane Morrison , please visit our flower store.
Send a Sympathy Card