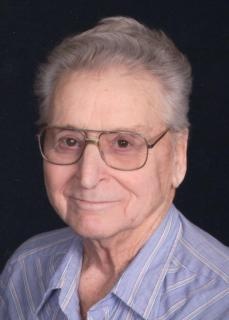 Funeral Service: Will be held on Tuesday, July 10, 2018, at 10:30 a.m. at the Emmanuel Lutheran Church in Fontanelle with burial in the Garner Cemetery in Bridgewater with full military graveside rites by William Thompson American Legion Post No. 703 of Bridgewater. A luncheon will be held at the church following services at the cemetery. Pastor Steven Broers will officiate the service.

Open Visitation: Will be held on Monday at the Steen Funeral Home in Fontanelle from 4:00 p.m. to 8:00 p.m.

Family Visitation: The family will greet friends on Monday evening at the Steen Funeral Home in Fontanelle from 6:00 p.m. to 8:00 p.m.

Memorials: May be directed to the Alvin Faux memorial fund to be established at a later date.

Alvin Ray Faux was born December 11, 1935, the son of Byron and Helen (Cooper) Faux in Madison County, Iowa. He passed away on Thursday, July 5, 2018, at the Good Samaritan Society in Fontanelle, Iowa, at the age of 82.

Alvin attended school in Patterson and Winterset. He served his country in the United States Army from 1954 to 1956. On October 31, 1954, he was united in marriage to Evelyn Mae Bauer in the Lutheran Church in Winterset, Iowa. To this union four children were born: David, Vicky, Cynthia and Diane. They moved to Fontanelle in 1956 and then in 1967 they purchased their farm one and a half miles south of Bridgewater which he farmed until his retirement.

Alvin enjoyed hunting, fishing, traveling the United States in his motorhome and especially loved spending time with his grandchildren. He was a mechanic for Gipple Implement and Andersen Equipment for many years and then he drove a road grader for 15 years for Adair County. Alvin was a member of the Emmanuel Lutheran Church in Fontanelle.

He was preceded in death by his parents; daugther, Vicky Hill; and three brothers, Darryl (Wayne), Byron (Junior) and Wallace.

The family of Alvin Faux wishes to express their gratitude for all acts of kindness shown to them in their time of sorrow and invites you to join them for a luncheon at the church following the services at the cemetery.

To order memorial trees or send flowers to the family in memory of Alvin Faux , please visit our flower store.