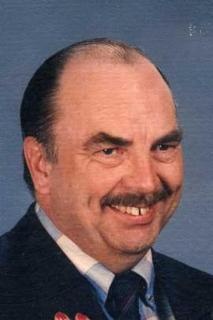 Celebration of Life Services:  Saturday, September 18, 2010, at 10:00 a.m. at the Greenfield United Methodist Church with burial in the Greenfield Cemetery.  A luncheon will follow the burial at the church.

Art Junior Sullivan was born on April 14, 1942, in Greenfield, Iowa, the son of Arthur and Clara (Sheeder) Sullivan. He passed away on Monday, September 13, 2010, at the Iowa Methodist Medical Center in Des Moines at the age of 68.

Art was raised in Greenfield and graduated from Greenfield High School in 1960. On January 14,1961, he was united in marriage to Marilla Sivadge in Fontanelle, Iowa. To this union four children were born, Joe, Kimberly, Ruston, and Darin. They were married thirty-eight years, raising their four children in the Martensdale area.

Art was a store manager for Dahl’s Grocery for twenty-eight years, retiring in 1992. After retirement he worked for Living History Farms which he dearly loved. He was a lifetime member of the NRA. He enjoyed fishing, hunting, Nodaway Valley Football, and loved the Iowa Hawkeyes.

He was preceded in death by his parents; two brothers, James and Earl Sullivan; and sister, Betty Wessel.

He is survived by his four children, Joe Sullivan (Doris Breslin) of Austin, Texas, Kimberly Leeonetti (Thomas) of Howard, Ohio, Ruston Sullivan (Lynette) of Carlisle, and Darin Sullivan (Lori Haynes) of Norwalk; 11 grandchildren; 2 great grandchildren; significant other, Bonnie Peters of Prole, for the last seven years; one sister, Marilyn Drake of Patterson; other relatives and friends.

To order memorial trees or send flowers to the family in memory of Art Sullivan , please visit our flower store.