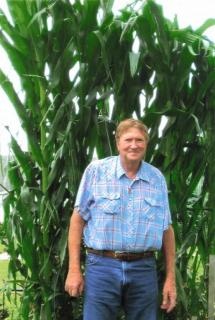 Private Family Services will be held.

Memorials: Memorials may be made to the Art Bailey memorial fund to be established by the family at a later date.

Arthur Richard Bailey was born February 22, 1939, the son of Edward and Helen (Lane) Bailey in Omaha, Nebraska. He passed away on Saturday, December 5, 2020, at the Eventide Lutheran Home in Denison, Iowa, at the age of 81.

Art grew up in Papillion, Nebraska. He was united in marriage to Patricia “Pat” Blankman on July 7, 1960, in Council Bluffs, Iowa. To this union three children were born: Jody, Randy and Marty. They moved to Cumberland in 1972, where he began farming. He enjoyed farming and loved John Deere Green. He enjoyed traveling, going to casinos, farm shows and especially enjoyed going to his grandchildren’s activities.

He was preceded in death by his parents; wife, Pat Bailey; and son, Marty Bailey.

He is survived by his daughter, Jody Assman and husband Paul of Denison; son, Randy Bailey and friend Kim of Omaha; eight grandchildren; six great grandchildren; two sisters, Dorothy and Betty; other relatives and friends.

To order memorial trees or send flowers to the family in memory of Art Bailey , please visit our flower store.
Send a Sympathy Card