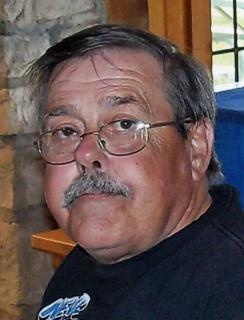 Celebration of Life Services: Will be held on Tuesday, May 31, 2016, at 2:00 p.m. at the Massena United Methodist Church. Pastor Dallas Wood will officiate the service. A luncheon will be held at the church immediately following the services. The Steen Funeral Home in Massena is in charge of the professional services.

Family Visitation: The family will greet friends at the church one hour prior to services on Tuesday.

Memorials: To the Art Turner memorial fund to be established by the family at a later date.

Art was raised in Council Bluffs and graduated from Lewis Central High School in 1966. On October 27, 1972, he was united in marriage to Barbara Sue Lett in Omaha, Nebraska. To this union three children were born: Christian, Cheyenne and Cody.

Art served his country in the United States Army from 1966 to 1968. Art worked masonry, graduated from the Iowa Law Enforcement Academy in 1977 and then served the communities of Exira, Greenfield and Corning for a total of 18 years of law enforcement and then worked in a couple of factories for 13 years. He was a member of the Iowa Law Enforcement Intelligence Network. He enjoyed fishing, playing cards, lottery, Wheel of Fortune, Jeopardy and especially his family and grandchildren. He always had stories, loved fried shrimp and really enjoyed cooking for his family.

He was preceded in death by his parents; 3 brothers, Donald, Jr. and Franklin and William Turner and wife Mary; son, Cody Turner; granddaughter, Lindsey Turner; and brother-in-law, Jim Stokley.

To order memorial trees or send flowers to the family in memory of Arthur Turner , please visit our flower store.