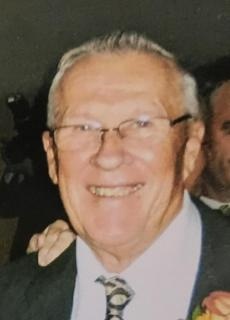 Funeral Services: Will be held on Thursday, January 16, 2020, at 11:00 a.m. at the Orient United Methodist Church with burial in the Greenfield Cemetery. Pastor Cathy Nutting will officiate the service. A luncheon will be held at the church following the committal services at the cemetery. The Steen Funeral Home in Greenfield is in charge of the professional arrangements.

Visitation: The family will greet friends on Thursday, January 16, 2020, one hour prior to services at the Orient United Methodist Church.

Memorials: In lieu of flowers memorials may be directed to the Greater Regional Healthcare Foundation Parkinson’s Support.

Audra Dean Skellenger was born September 10, 1935, the son of Lester and Faye (Rivenburgh) Skellenger in rural Menlo, Iowa. He passed away on Sunday, January 12, 2020, at Azira Health in Winterset, Iowa, at the age of 84.

He grew up on a farm and attended Jefferson #9 Country School, Grand River #2 Country School, and graduated from Greenfield High School with the class of 1953. He lived most of his life around the Greenfield area. Aud worked in the automobile industry throughout his adult life, and retired as a car salesman in 2007. He enjoyed farming on his land south of Greenfield, raising corn, soybeans, hogs, cattle, sheep, and a blind rooster. He was united in marriage to Donell Chambers on June 9, 1956, at the Presbyterian Church in Greenfield, Iowa. They were married for 63 years and had won the last several anniversary dance-offs at their grandchildren’s wedding receptions.

Aud loved his time with his children, grandchildren, and great-grandchildren. You could find him fishing, singing, dancing, attending their sporting events, and playing cards with them. A sleepover at Gpa and Gma’s house always included popcorn, a movie, lemonade or a pine float, sweets, and learning how to play five-point pitch. These words to describe him came from his grandchildren: happy, selfless, joker, loyal, kind, prankster, hard-worker, hero, family-man, and just a fun guy to be around who was always trying to put a smile on your face.

Aud enjoyed playing cards with his card club group for over 50 years. That same group traveled together in the summertime - camping or visiting different locations in the US. Aud and Donell also used to square dance in their local community.

He was preceded in death by his parents; granddaughter, Megan Skellenger; nephew, Terry Skellenger; and brother-in-law, Bill Bennett.

To order memorial trees or send flowers to the family in memory of Audra Skellenger , please visit our flower store.
Send a Sympathy Card