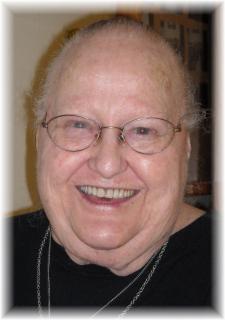 Memorials: May be directed to the Barb Schultz memorial fund to be established by the family.

Barbara Lou Schultz was born January 25, 1940, the daughter of Oscar and Ruth (Hill) Schultz in Greenfield, Iowa. She passed away on Monday, February 18, 2013, at the Greenfield Manor at the age of 73.

Barb was raised and attended school in Greenfield, Iowa. She was a lifelong resident of Greenfield. She worked in the Greenfield School District as a janitor for several years.

She was preceded in death by her parents; son, Michael Schultz; three sisters; and three brothers.

She is survived by her two sisters, Mary Phipps of Grinnell, Iowa and Judy Chester of Washington State; many nieces, nephews, other relatives and friends.

To order memorial trees or send flowers to the family in memory of Barbara Schultz , please visit our flower store.
Send a Sympathy Card