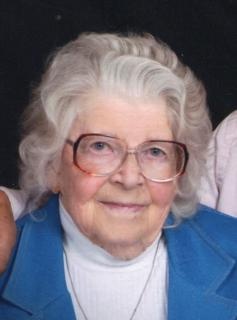 Celebration of Life Services: Will be held on Friday, November 8, 2019, at 10:30 a.m. at the United Methodist Church in Greenfield with a luncheon immediately following the services. Pastor Ben Carter-Allen will officiate the service.

Memorials: May be directed to the Betty Parrott memorial fund to be established by the family at a later date.

Betty Parrott was born Betty Lou Buckner to George Howard Buckner and Edna Mae (Archer) Buckner on November 24, 1927 in rural Bridgewater. She passed away on Saturday, November 2, 2019, at the Adair County Memorial Hospital in Greenfield, Iowa, at the age of 91.

She graduated Bridgewater High School in 1946 and obtained her Teaching Certificate that summer. She was united in marriage to Norman L. Parrott on December 21, 1946 at Avondale Church. She taught at 7 country schools, including Washington 1, Jackson Catholic School, Eureka, and Lee. Betty enjoyed following her students thru their lives. She and Norman moved to their farm outside of Greenfield. Shortly after that, Norman was drafted and she went with Norman to Augusta, Georgia thru his 2 years in the Army. They returned with daughter Norma, and started farming again. The family grew with son George and daughter Karen. She had the joy of raising Christie Jane Scase for a time, until Chris was big enough to live with her father, Charles. Betty started selling Tupperware from a mail order kit in 1960, advancing to being a manager. She enjoyed assisting many other ladies in Tupperware for over 30 years, while helping Norman farm, having a large garden and raising kids. She and Norman worked side by side, sharing many ventures and memories throughout the 65+ years they spent on their farm and their 72 years of marriage.

She is survived by husband Norman Parrott, daughters Norma Nielson of Eugene, Oregon and Karen (Alvin) Havens of Greenfield, grandchildren Mathew Havens, Alecia (Matt) Heinz, Katey (Robert) Sheets and Eric G. Nielson, great grandchildren Lilah, Caleb and Gaton Heinz, and Sydney and Wyatt Nielson. She is also survived by her brother-in-law Charles Scase of Indianola, as well as many nieces and nephews and other family members and friends.

To order memorial trees or send flowers to the family in memory of Betty Parrott , please visit our flower store.