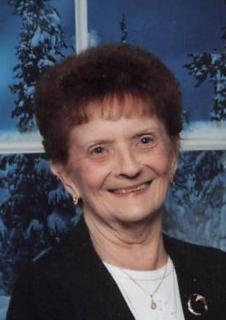 Private Family Services: Will be held on Friday, June 4, 2021, at the Steen Funeral Home in Greenfield with burial in the Greenfield Cemetery. Pastor Melinda Stonebraker will officiate the service.

Memorials: Memorials may be directed to Betty Seley Memorial Fund to be established by the family at a later date.

At a young age Betty went to live with her Great Aunt and Uncle, Myra Shehan Rice and Benjamin Rice in Dunlap, Illinois. When Betty was 5 years old, the Rice’s moved back to their farmstead one mile east of Greenfield. Betty moved to Greenfield with them and started to school in Greenfield and graduated with the “Class of 1941”.

On May 23, 1941 Betty was married to Wilbur B Seley at the Methodist parsonage in Albany, Missouri. Betty and Wilbur lived on a farm south of Fontanelle until Wilbur was called to serve his country. At that time Betty moved back to live with the Rice’s.

Three children were born to this union, Virginia Kay, Linda Jean and Charles (Chuck) Walter. During the time that Wilbur was serving his country, Betty and Virginia lived at the Rice’s and also in Peoria, Illinois, where Betty worked at the HART CARTER factory making 57mm shells for the military.

Upon Wilbur’s return from service, they purchased a farm 7 miles north of Greenfield. They lived there 31 years before moving into Greenfield in 1978.

Betty went to work in Des Moines at Blue Cross and Blue Shield of Iowa and retired 19 years later.

Betty and Wilbur loved to camp, fish, dance, bowl and most of all travel. After retirement they spent their winters in Arizona for 14 years. When Wilbur’s health failed in 1999, they returned home to Greenfield. After 59 years of marriage, Wilbur passed away on June 22, 2000.

To order memorial trees or send flowers to the family in memory of Betty Seley , please visit our flower store.
Send a Sympathy Card