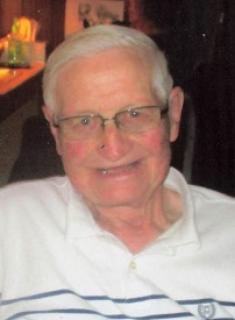 Memorials: To the Bill Baier memorial fund to be established by the family at a later date.

William Dean Baier was born on October 5th, 1933 in Adair County, Iowa, the son of Winn and Florence (Vandewater) Baier. He passed away on Sunday, February 28, 2021, at the Iowa Methodist Medical Center in Des Moines, Iowa, at the age of 87.

He grew up on the family farm in Grand River Township. Bill attended rural school and graduated from Greenfield High School in 1951. After graduation, he farmed with his father. He enjoyed bowling, roller skating, traveling and taking trips with his friends, one of those being a trip to the Rose Bowl in 1957. In 1959, Bill got married to Donna Faubel in Wisner, Nebraska. They were blessed with four children. His livelihood was farming but his love was following the kids school activities including sports and music. He also enjoyed camping, boating and attending family reunions. Later in his farming career he received the honor of both the Century Farm Award and Heritage Farm Award.

Many family get togethers involved hand-cranked homemade ice cream. In later years, he and Donna enjoyed dancing, camping and community parades. He never knew a stranger and thoroughly enjoyed each conversation with everyone he met. His pride and joy his last few years was his little red convertible. He was a member of the Hebron United Methodist church for over 60 years.

He was preceded in death by his parents; sister, Helen and husband Jack Limbaugh; brother, Bob and wife Ruth Baier.

He is survived by his wife Donna of 61 years; Children Jon (Peg) Baier of Clarinda, Paul (Tammy) Baier of Orient, Beth (Jim) Maynes of Sioux City, and Brad (Jodi) Baier of Adel. 10 grandchildren and 9 great grandchildren and adding two more in March; other relatives and friends.

To order memorial trees or send flowers to the family in memory of Bill Baier , please visit our flower store.
Send a Sympathy Card