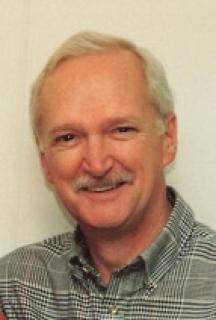 Celebration of Life Services: Will be held on Friday, July 2, 2021, at 2:00 p.m. at the Steen Funeral Home in Greenfield with burial in the Fontanelle Cemetery.

Family Visitation: The family will greet friends one hour prior to services on Friday at the Steen Funeral Home in Greenfield.

Memorials: In lieu of flowers memorials may be directed to the Bill Chapman Memorial Fund to be established by the family at a later date.

David William (Bill) Chapman was born on March 3, 1941, the son of Milton David Sr. and Audrey Nadine (Sickels) Chapman on a farm located on highway 92 southwest of Fontanelle, Iowa. He passed away on Monday, June 28, 2021, at the Azria Health in Winterset, Iowa, at the age of 80.

Bill attended school and graduated from Richland High School in 1958. He was united in marriage to Sheryl Elaine Frank on September 28, 1961. To this union one son was born: Brian William on November 20, 1962 and he passed away from complications of diabetes on September 12, 2006.

After graduation and over the next ten years, Bill worked for the Clure Lumber Yard, the Farmers Co-op Elevator and Schilberg Construction Company all of Greenfield. He began his 35-year career in rural electrification at the Adams County Rural Electric Cooperative in Corning in May of 1968. This job opportunity came about as a result of attending accounting courses at SWCC in Creston, Iowa. He worked in Corning, Iowa as the Office Manager of the Adams County REC for six years. Then served two years as the Administrative Assistant to the General Manager at the Hardin County REC in Iowa Falls, Iowa. Then back to the Adams County REC in November of 1976 and served as General Manager until December of 1983 when he went to Glacier Electric Cooperative in Cut Bank, Montana and served as their General Manager for the next 18 years, retiring in 2001.

After retiring he was called back into service in 2001 and worked for six months at the Flathead REC in Kalispell, Montana as their interim CEO while the board made a nationwide search for a new CEO. In 2002, he again served as interim CEO for the Eastern Iowa REC headquartered in Urbana, Iowa for seven months. After retiring for the third time, several more opportunities arose over the next couple of years to serve as an interim CEO for other REC’s in Oregon and Iowa, but Bill and his wife decided that their son, Brian, needed their help and declined any further offers of employment.

Bill was a member of the Adams County Iowa Draft Board, the Iowa Association of Electric Cooperatives Office Managers and General Managers groups. While in Montana at Glacier Electric Cooperative he served as President of the Western Montana Generation and Transmission Cooperative Board of Directors and was a long time board member representing Glacier Electric Cooperative in that organization. He also served as a member representing Montana’s rural electric cooperatives on the Public Power Council, an organization formed to represent member owned utilities on issues in the Northwest United States affected by the Booneville Power Administration, who was one of their sole power supplier(s) and the Northwest Power Planning Council.

He was a longtime member and President for a period of time of the Cut Bank Lions Club, was president and helped found GAIN, Glacier Action and Involvement Now, an economic development group made up of members that included Glacier Electric Cooperative, Glacier County, City of Cut Bank, several banks in Cut Bank and other businesses and organizations interested in economic development in Glacier County, Montana.

His hobbies included hunting, fishing and travel. Later, they included photography and golf. He was often quoted saying that he had to give up hunting and fishing because they interfered with his golf playing time.

He was preceded in death by his parents; son, Brian and his wife, Debbie; brother, James Chapman; sister-in-law, Marvel Chapman; and brother-in-law, Larry Carter.

He is survived by his wife, Sheryl Chapman of nearly 60 years; grandsons, Alex Chapman and Kris Chapman; brothers, Richard Chapman of Des Moines, Milton Chapman and wife Nancy of Creston, Stephen Chapman and wife Jean of Fontanelle and John Chapman and wife Ruby of Colorado; two sisters, Alice Carter of Phoenix, Arizona and Roseann Smith and husband Ron of Washington; as well as other relatives and friends.

To order memorial trees or send flowers to the family in memory of Bill Chapman , please visit our flower store.
Send a Sympathy Card