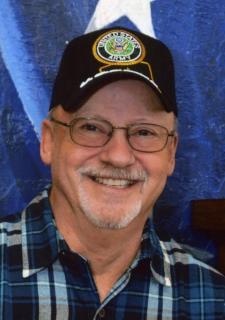 Funeral Services: Will be held on Thursday, July 6, 2017, at 10:30 a.m. at the Emmanuel Lutheran Church in Fontanelle with burial in the Greenfield Cemetery with full military graveside rites conducted by the Greenfield American Legion Head-Endres Post No. 265 and V.F.W. Post No. 5357 & Fontanelle American Legion Carlson Post No. 247. A luncheon will be held at the church following the committal services at the cemetery. Pastor Steven Broers will officiate the service.

Open Visitation: Will be held on Wednesday at the Emmanuel Lutheran Church in Fontanelle from 2:00 p.m. to 7:00 p.m.

Family Visitation: Will be held on Wednesday at the Emmanuel Lutheran Church in Fontanelle from 5:00 p.m. to 7:00 p.m.

Memorials: The family requests that memorial gifts be designated for cancer research at Mayo Clinic, memorials can be made online at: www.mayoclinic.org/development or mailed to Department of Development, Mayo Clinic, 200 1st Street S.W., Rochester, MN 55905 or to the HCI Hospice Care Services at Kavanagh House: 900 56th Street, Des Moines, Iowa 50312 in care of Bill Dodson.

William Walter "Bill” Dodson, son of Willie V. Dodson and Esther Lou Cornelison Dodson, was born July 20, 1946, in the family farm home, rural Bayard, Iowa. He went to his heavenly home July 01, 2017.  Bill grew up in the Yale area, moving there when he was nine years old.  He attended YJB Consolidated School, graduating in 1964.  As a young man Bill worked for various area farmers where he acquired a true and honest work ethic that would follow him throughout his life.

Bill was drafted into the Army in January of 1965 and served his country until November of 1967.  During his tour of duty Bill was stationed in Germany.  He was on the last ship transporting troops by water prior to their being transported by air.

Throughout his career Bill worked for various Co-ops in Adair County as an Agronomist.  Until 1990 he was self employed at Greenfield Ag for twelve years.  Because of his love for farming, in 1994 he began a crop consulting business which he worked at until phasing out in 2016 due to declining health.

Bill was very active in the community and in his church.  He was an active member of the American Legion for many years, marching in many parades with the color guard.   One of Bill's biggest joys in retirement were the Mission in Motion projects through Emmanuel Lutheran Church, assisting families affected by the Joplin, MO tornado and the floods of Rock Port, MO.

Bill and Karen enjoyed spending time together and with their blended family.  You often found them on the dance floor dancing to any type of music or watching any one of their grandchildren participate in a variety of activities.  Bill and Karen enjoyed getting together with friends for a good game of cards.  Bill enjoyed meeting the “crew” for morning coffee.  Since 2009 Bill and Karen looked forward to their winters in Arizona where they made many friends and memories.

Bill was preceded in death by his parents, a brother Larry and Karen’s son Kevin Wheeler.

To order memorial trees or send flowers to the family in memory of Bill Dodson , please visit our flower store.
Send a Sympathy Card