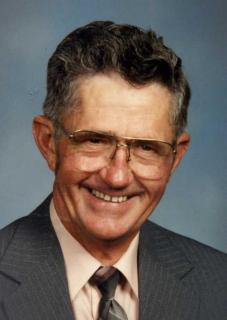 Celebration of Life Services: Monday, November 8, 2010, at 10:30 a.m. at the United Methodist Church in Greenfield with burial in the Greenfield Cemetery. Full military graveside rites will be conducted by the Greenfield American Legion Head-Endres Post No. 265 and V.F.W. Post No. 5357.  A luncheon will follow the burial at the church.

Memorials: To the Bill Ferguson memorial fund to be established later by the family.

Billy Paul Ferguson was born on March 16, 1930, in Guide Rock, Nebraska, the son of Paul and Inez (Hagen) Ferguson. He passed away on Thursday, November 4, 2010, at the Greater Regional Hospice Home in Creston, Iowa, at the age of 80.

Bill attended Eckley Elementary School in rural Guide Rock, Nebraska and then graduated from Casey High School in Casey, Iowa. He served his country in the U.S. Army from 1952 to 1954. He had a dairy route in Creston for four years and then moved to Greenfield where he had routes for Pepsi Cola and AE Dairy. On October 16, 1955, he was united in marriage to Verna Mae Gilbert in the Greenfield United Methodist Church. To this union four children were born, David, Doug, Natalie, and Melissa.

They owned and operated the Bowling Alley in Greenfield for a number of years and after selling it he went to work for the Greenfield School District, where he was the head of maintenance for thirty-two years, retiring in 2009. He enjoyed bowling, fishing, hunting, and being with his family.

To order memorial trees or send flowers to the family in memory of Bill Ferguson , please visit our flower store.
Send a Sympathy Card