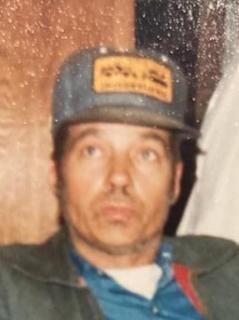 Funeral and Masonic Services: Will be held on Saturday, February 20, 2021, at 2:00 p.m. at the Steen Funeral Home in Greenfield with burial at the Garner Cemetery, Bridgewater, Iowa. Full military graveside rites will be conducted by the Greenfield American Legion Head-Endres Post No. 265 and V.F.W. Post No. 5357. Pastor Steven Broers will officiate the service along with the Greenfield Crusade Lodge No. 386 A.F. & A. M. The Steen Funeral Home in Greenfield is in charge of the professional arrangements.

Family Visitation: The family will greet friends at the Steen Funeral Home in Greenfield on Friday, February 19th, from 6:00 to 8:00 p.m.

Memorials: May be directed to the Billie Ridout Memorial Fund to be established by the family.

Billie Wayne Ridout was born to Wayne and Flossie Ridout on August 1, 1938. He passed away peacefully Friday, February 12th at Madison County Hospital in Winterset, IA at the age of 82.

Bill was educated in the rural schools of Adair County and graduated from Fontanelle High School. After graduation he worked as a carpenter until joining the Air Force in 1960.

Bill married Evelyn (Shinn) Ridout on December 17, 1960. They had three children, Bryan, Terri and Rodney. They moved numerous times throughout their lives, often re-locating for Bill's job. After leaving the Air Force Bill worked as a diesel mechanic for most of his life. While in Colorado he continued his ambition in the Masonic temple and worked his way up to become a Shriner. Bill and Evelyn achieved a life time dream of buying a farm and settled in Union County in 1986. He retired from Eco Tech Construction and went on to work at Wal Mart while continuing to farm. Bill loved spending time with his family, anything with an engine, western movies, days on the farm and generally just had the gift of gab. Doing business face to face, the old fashioned way. Drinking coffee and sharing a story and a handshake. He loved potatoes, he simply loved to eat and then fall asleep on the floor. He loved flowers, growing things, animals, his family and spending quality time and words of wisdom with his grandchildren.

Bill is preceded in death by his father Wayne and mother Flossie Ridout, Brothers Wendell, Raymond and Gary. Bill was a very warm hearted soul and will be missed terribly by his wife Evelyn, his three children, 7 grandchildren, 5 great grandchildren, and his sister Karen (Tim) Jordan.

To order memorial trees or send flowers to the family in memory of Billie Ridout , please visit our flower store.
Send a Sympathy Card