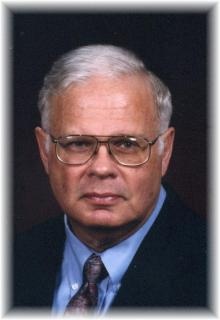 Funeral Services: Will be held on Wednesday, September 12, 2012, at 1:30 p.m. at the Greenfield United Methodist Church with burial in the Greenfield Cemetery. The Steen Funeral Home in Greenfield is in charge of the professional arrangements.

Visitation: The family will greet friends on Tuesday, September 11th, from 3:00 p.m. to 8:00 p.m. at the Greenfield United Methodist Church.

Memorials: To the Coach Bob Daut Memorial Fund to be established by the family at a later date.

Robert Harry Daut was born to Elmer Matthew Daut and Leona V. (Schneekloth) Daut on August 2, 1938 in Muscatine, Muscatine County, Iowa. He passed away on Saturday, September 8, 2012, at the Adair County Memorial Hospital in Greenfield at the age of 74.

Bob was baptized and confirmed in the Presbyterian Church at Wilton, Iowa. At the time of his death he attended the Greenfield United Methodist Church where he was a man of deep faith. He attended Wilton Community Schools, Wilton Junction, Iowa graduating in 1956. Bob attended Drake University on Football Scholarship from 1956-60; and he was a proud member of the 1958 Sun Bowl Team; Co-Captain as a Senior and played baseball his senior year; received Holmes-Cowper Trophy for highest GPA for Senior Athlete; majored in Health & PE, minored in social studies.

On August 2, 1980 Bob was united in marriage to Sharon Adamson Lesiak in Davenport, Iowa. He was an excellent loving step-father to Tracy and Patrick Lesiak.

This was Bob's 40th year in Greenfield. Upon arriving in the summer of 1972 he was the elementary baseball coach where he had a great impact on the lives of all children. He was a firm believer of the fundamentals of all sports. This followed right into high school where he did an outstanding job as a role model, teacher, coach, leader and mentor setting the bar very high for his players and students, as Bob himself was a perfectionist. "And the thing is" he was and always will be a "Coach." He has touched countless lives in his teaching and coaching careers with his dry sense of humor. The numerous calls and visits he received from his former Drake football teammates, friends, students, players and coaches meant so much to him.

Bob also had a very serious side to him. He was an avid reader, especially of history, and was a walking book of knowledge and dates. He had over 200 books in his library - on coaching, sports, politics and religion.

To order memorial trees or send flowers to the family in memory of Bob Daut , please visit our flower store.