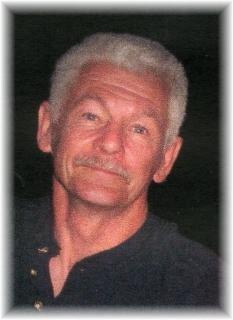 Funeral Services: Friday, November 30, 2012, at 1:30 p.m. at the Emmanuel Lutheran Church in Fontanelle with burial in the Greenfield Cemetery.

Open Visitation: Thursday, November 29th, from 2 to 8 p.m. at the Emmanuel Lutheran Church in Fontanelle.

Family Visitation: Thursday evening from 5:00 p.m. to 8:00 p.m. at the Emmanuel Lutheran Church in Fontanelle.

Memorials: To the Bob Jameson, Jr. memorial fund to be established by the family.

Robert Eugene Jameson, Jr. was born June 12, 1950, in Adair County, Iowa, the son of Bob and Delores (Ruch) Jameson. He passed away on Tuesday, November 27, 2012, at the Adair County Memorial Hospital in Greenfield, Iowa, at the age of 62.

Bob attended Bridgewater-Fontanelle High School and attended mechanics at SWCC in Creston, Iowa. After graduating from college Bob worked for Ehrsam’s Implement in Greenfield until he moved to Kent where he farmed then moved back to Bridgewater to work for his parents at Jameson Feed and Grain until his parents retired. Then he went to work at the Fontanelle Coop until the Frese boys ask him to come to work at the Bridgewater Oil Station. He worked there until September of 2011 when he was forced to quit due to lung cancer.

On July 12, 1970, he married Jeanne Dukes at the Trinity Lutheran Church in Creston. To this union three girls were born: Jodee, Tonya and Misti.

Bob loved camping at the Iowa State Fair and spending time with his grandkids. He enjoyed going to the Adams County Speedway for the last 13 years, his favorite driver was Jake Christensen.

He was preceded in death by his mother, Delores Jameson; father and mother-in-law, Ray Dukes and Mary Lippold; and two sisters-in-law, Bobbi Jameson and Terri Sickles.

Bob will be missed very much by all who knew him.

To order memorial trees or send flowers to the family in memory of Bob Jameson , please visit our flower store.
Send a Sympathy Card