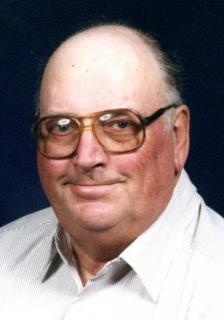 Family Visitation: The family will greet friends one hour prior to services.

Robert Floyd Snell was born November 29, 1942, the son of Floyd and Velma Irene (Greenbeck) Snell in Prescott, Iowa. He passed away on Sunday, July 19, 2015, at the Greenfield Rehabilitation and Health Care Center at the age of 72.

Bob graduated from Greenfield High School in 1961 and then completed a correspondence course in auto mechanics from Chicago, Illinois. He then became a hired hand working on a farm, attending animals and other chores. He served in the Army Reserves. Bob was employed for the city of Greenfield as a city maintenance worker for 32 years retiring in 2000. During retirement he worked at the Senior Citizen Housing as a handyman until his health declined. Bob loved being outdoors and working the land. He was fond of tractors and watching the rural America Farm channel. He always had dogs and loved them dearly especially Patches and Bandit. He enjoyed working with his hands and getting things to work again, organizing his office, socializing around town and word puzzles.

On August 21, 1999, he was united in marriage to Mary Kay (Linde) Farber in the Greenfield United Methodist Church. Robert cherished and loved Mary Kay with all his heart. Mary Kay passed away in 2009. He also had a great friend and sister-in-law, Sue Irlbeck that cared for him and guided him in his final days.

He was preceded in death by his parents; grandparents, August and Mable Greenbeck; uncle, Raymond Greenbeck; and nephew, Travis Habhab.

To order memorial trees or send flowers to the family in memory of Bob Snell , please visit our flower store.