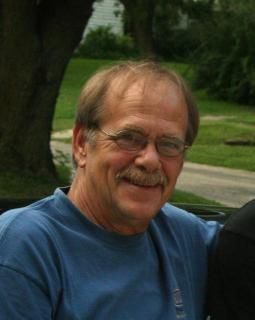 Visitation:  Tuesday, August 3, 2010 from 6 to 8 p.m. at the Cumberland Community Building

Memorials:  To the Cumberland Community Building

Bruce graduated from Cumberland-Massena High School in 1967.  After he graduated he attended Dana College in Blair, NE, where he was a member of the Delta Sigma Omega Fraternity. He also attended Omaha University (now UNO) and later entered the US Army in 1968 where he served as part of US Army Signal Corp in Fort Monmouth, New Jersey and Fort Wainwright, Alaska for 2 ½ years.  Bruce has been part of the Anita American Legion Post #0210, for 23 years.

On July 4, 1970 Bruce married Sharon K. Schulte.  Bruce and Sherry later made their home in Fort Dodge, Iowa and were blessed with two sons, Shaun Timothy and Joshua Alan. In Fort Dodge Bruce spent 8 years with Centel, first as a lineman and later working his way to Central Office repair.

In February of 1976, Bruce and Sherry moved to Denison, Iowa where Bruce would work as the General Manager for Centel/Vista for the next 12 years.  Bruce’s early passions included his work with the Midwestern Players, his famous jeep trips with his sons, his annual family RAGBRAI trips and following his son’s wrestling careers. (He never missed a match!)

In 1992 Bruce’s job as District Telephone Manager took them to Fairmont, Minnesota before he would return to his hometown of Cumberland in the summer of 1995.  Since that time, Bruce and Sherry have lived in Cumberland.

No matter where Bruce’s work took him, his heart was always in Cumberland. He loved his hometown and took so much pride in his work, not only as the Cumberland Phone Company Manager, but his many civic duties with Cumberland Community Club.  So many community projects were close to his heart, like the main street flags, children’s holiday events, town clean-up activities and much more.  Bruce truly lived a daily life that he loved. From his morning coffee with his dad Bob, to conversing with his customers, perfecting his grilling techniques to watching his weekly NASCAR races.

In recent years Bruce and Sherry picked up the travel bug.  Bruce loved to experience new places.  His recent trips took them to Puerto Rico with great friends and Costa Rica with his son, Josh and family.  The picture displayed of Bruce on the beach was taken in Costa Rica in April 2009.

Bruce is survived by his wife of 40 years, Sherry Rogers.  Parents: Bob and Virginia Rogers.  Sons: Shaun T. Rogers and wife, Yvonne Rogers of Port Orchard, Washington and Joshua A. Rogers and wife, Jennifer Rogers of Omaha, Nebraska.  Grandchildren: Aaron (14), Andie Jo (12) and Abby Rogers (8) of Port Orchard, Washington and Sadie Rogers (3), and another grand-daughter (expected to arrive this fall) of Omaha, Nebraska.

Survivors include many more loved nieces, nephews, in-laws and friends.

The family wishes to extend their deepest gratitude for the outpouring of support.  Bruce’s passing has left a void in all of our lives.  We will miss every day.  His ashes will be buried 3 miles west of the town he so loved, appropriately on a hill with a perfect view of the Cumberland Water tower and the Phone Company cell tower.  Bruce was 61 years old.

To order memorial trees or send flowers to the family in memory of Bruce Rogers , please visit our flower store.
Send a Sympathy Card