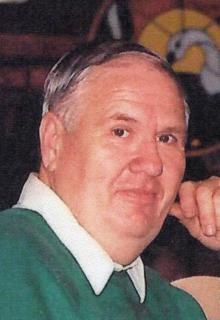 Services: Per his request he has been cremated and his ashes will be spread with his parents in southern Illinois. There will be no services.

Carl F. Wyatt was born July 21, 1937, in Shelbyville, Illinois, the son of Raymond Orland and Mahala Ruth (Gatton) Wyatt. He passed away on Thursday, February 6, 2020, at the Mercy Medical Center in Des Moines, Iowa, at the age of 82.

Carl grew up in Shelbyville and graduated from Shelbyville High School in 1951. He moved to the Quad Cities in 1954 and went to work for Teske Pet and Garden as a small engine mechanic for the next 52 years, retiring in 2013.

He was preceded in death by his parents; wife, Carol; two sons, Richard and James Wyatt; and brother, William Wyatt.

He is survived by his two sons, Patrick Wyatt of Fontanelle, Iowa and Michael Wyatt and wife Jackie of East Moline, Illinois; thirteen grandchildren; twenty great grandchildren; other relatives and friends.

To order memorial trees or send flowers to the family in memory of Carl Wyatt , please visit our flower store.