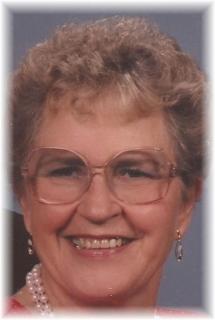 Carolyn Lucille Earhart died on October 29, 2012 at The Village in Indianola. She was 87 years old.  Carolyn was born February 23, 1925 on a farm near Shambaugh, Iowa to the late Wayne Earhart and Gladys Salgren Earhart. She attended school in Clarinda, IA, American University in Washington, DC and graduated from Iowa State University in 1948. She married Donald James Lynam from Corning Iowa in 1946. She was active in her church while living in Sioux City, Greenfield, Red Oak, Pocahontas, Eagle Grove and Indianola, IA; Pierre SD; and Saugus, CA. She worked as a consulting dietician at several hospitals and nursing homes. At the Village she was co-editor of the newsletter for several years.

She was preceded in death by her brothers Robert and Thomas Earhart and her sister Maryalice Miller.

Memorials can be given to The Village Good Shepherd Fund, 1203 North E Street, Indianola, IA 50125.

To order memorial trees or send flowers to the family in memory of Carolyn Lynam , please visit our flower store.
Send a Sympathy Card