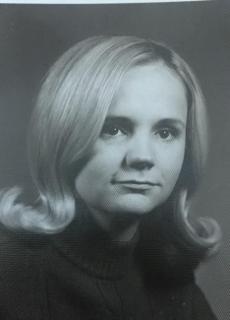 Graveside services:  Will be held in the Sparkman Cemetery in Butler County, Missouri, where many Sparkmans are buried at a later date. The Steen Funeral Home in Greenfield is in charge of the professional arrangements.

Carrol Jean Sparkman passed away in August, 2021 at her residence in Greenfield, Iowa. She was the daughter of Edwin and Vera Sparkman of Butler County, Mo.

As a teenager, Carrol accepted Christ at the Cane Creek Missionary Baptist Church. She attended grade school at Cane Creek, graduated from Poplar Bluff High School and obtained her BSE degree at Cape Girardeau. She taught in Butler County and Fox School at Arnold, Missouri. Carrol resided in Alaska many years but came back to reside with her elderly mother in the early 1990s. About 1995 she moved to the rural area of Greenfield, Iowa, and made her home there to the present time.

She was preceded in death by her her parents; brothers John, Kenneth, and Meredith Sparkman; and a sister Norma (Sparkman) Dowd.

To order memorial trees or send flowers to the family in memory of Carrol Sparkman , please visit our flower store.