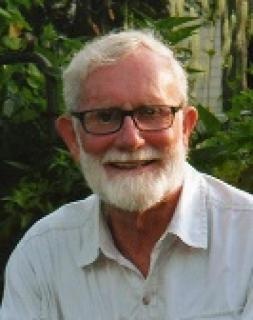 Funeral Services: Will be held on Friday, July 13, 2018, at 11:00 a.m. at the Emmanuel Lutheran Church in Fontanelle. A luncheon will be held at the church immediately following the service. Pastor Steven Broers will officiate the service.

Memorials: Memorials may be made to the Cecil Buckner memorial fund to be established by the family.

Cecil grew up in Adair County and attended country school at Eureka #2 and then graduated from Bridgewater-Fontanelle High School in 1964. He went on to college at AIB in Des Moines. He was united in marriage to Linda Kae Silvey in the First Presbyterian Church in Dows, Iowa. To this union two sons were born: Travis and Clint.

Cecil and Linda lived in Atlantic from 1966 to 1968 and then moved to Des Moines. Cecil worked for Employers Mutual Company for 35 years as a data processor. He retired in 2004 and then helped Linda with home day care until 2012. He enjoyed hunting, fishing, classic cars, NHRA Drag Racing, crossword and jumble puzzles.

He was preceded in death by his parents; brothers, Max and Terry Buckner; and sister, Beth Barlow.

To order memorial trees or send flowers to the family in memory of Cecil Buckner , please visit our flower store.
Send a Sympathy Card