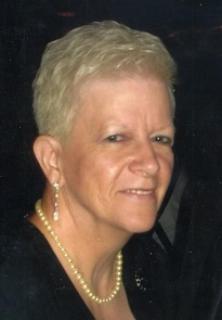 Celebration of Life Services: Will be held on Saturday, January 6, 2018, at 10:30 a.m. at the Cumberland Community Building in Cumberland, Iowa with a luncheon immediately following the service. Pastor Mike Martin will officiate the service. Private family burial will be held at the Greenfield Cemetery in Greenfield, Iowa, at a later date.

Family Visitation: The family will greet friends on Friday evening from 6:00 p.m. to 8:00 p.m. at the Steen Funeral Home in Massena.

Memorials: Memorials may be made to the Cumberland City Park Playground Equipment fund.

Charlotte was raised on a farm south of Guthrie Center and attended country school in Guthrie County and Guthrie Center High School through 11th grade and then received her GED. On April 29, 1961, she was united in marriage to Ronald Benton in Creston, Iowa. To this union four children were born: Terresa, Terry, Tony and Todd. They lived in Guthrie Center for six months and Panora for one year and then moved to Cumberland where they lived until she passed away.

Charlotte was a great cook that worked at the Chuckwagon Cafe in Cumberland for many years. She also prepared meals for both the Lions Club and Legion meetings. She then worked at Cumberland Grocery & Deli, Jim’s Supermarket and Econo Foods in Atlantic, and Cardinal Glass in Greenfield until her retirement. She enjoyed working in her flower beds and garden and loved to bake and cook for her family.

She was preceded in death by her parents; sister-in-law, Nadine Nielsen; brothers-in-law, Marion Benton, Beryl Benton and Eldon Benton.

To order memorial trees or send flowers to the family in memory of Charlotte Benton , please visit our flower store.
Send a Sympathy Card