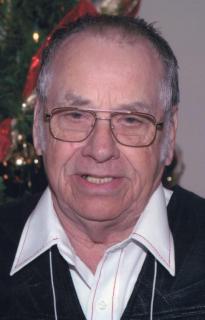 Funeral Services: Will be held on Saturday, November 2, 2019, at 11:00 a.m. at the Steen Funeral Home in Greenfield with burial in the Dexter Cemetery in Dexter, Iowa. Pastor Dean Porter will officiate the service.

Family Visitation: The family will greet friends on Friday, November 1st, from 5:00 p.m. to 7:00 p.m. at the Steen Funeral Home in Greenfield.

Memorials: May be made to the Chet Cooper memorial fund to be established by the family at a later date.

Chester Lavern Cooper was born on October 10, 1936, the son of Charles Lester and Eunice Pearl (Lowery) Cooper south of Dexter, Iowa. He passed away on Monday, October 28, 2019, at his home in Dexter, Iowa, at the age of 83.

Chet was a Born Again Christian. He grew up on a farm and attended country school south of Dexter. He lived all of his life near Dexter. Chet was a service technician for Clark Lift Truck in Des Moines for several years and then retired from Ott Equipment in Ankeny after many years of employment. He was united in marriage to Mary Anne Edwards on January 25, 1986, at the United Methodist Church in Dexter, Iowa.

He enjoyed music, playing baseball, gardening, wood working, his grandchildren events and working in his shop. He had a band “Chet and the Roadrunners”. They played for many events and at the Winterset Care Center for many years.

He was preceded in death by his parents; daughter, Cindy Lamb; and three brothers, Charles, Richard and Robert Cooper.

To order memorial trees or send flowers to the family in memory of Chester Cooper , please visit our flower store.
Send a Sympathy Card