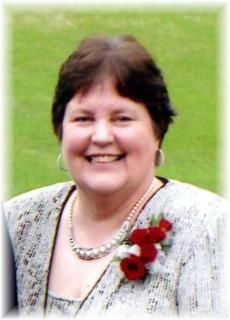 Funeral Services: Will be held on Tuesday, January 29, 2012, at 11:00 a.m. at the United Methodist Church in Greenfield with burial in the Greenfield Cemetery. A luncheon will follow the burial at the church.

Visitation: Will be held on Monday, January 28th, at the Greenfield United Methodist Church from 12:00 p.m. to 8:00 p.m. with the family greeting friends from 5 to 8 p.m.

Memorials: To the Cindy Kohler memorial fund to be established by the family at a later date.

Cindy grew up in various locations as a military family. She graduated from High School in Pittsburg, Kansas and later graduated from the University of Nebraska, where she met her husband. On June 29, 1974, she was united in marriage to Richard Kohler in Lincoln, Nebraska. To this union two children were born: Carrie and Benjamin. They made their home in Greenfield, Iowa, after Dick finished Dentistry School in 1978.

Cindy worked for National Travelers Life-EMC National Life Insurance Company in Des Moines as an Executive Administration Assistant. She enjoyed quilting, rug hooking, crafts and especially loved her grandchildren. She was a member of the Greenfield United Methodist Church, P.E.O. and Chi Omega.

She was preceded in death by her parents and aunt, Margaret Sandly.

To order memorial trees or send flowers to the family in memory of Cindy Kohler , please visit our flower store.
Send a Sympathy Card