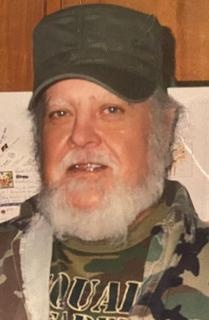 Celebration of Life Services: Will be held on Saturday, June 19, 2021, at 2:00 p.m. at the Steen Funeral Home in Greenfield with full military rites conducted by the Greenfield American Legion Head-Endres Post No. 265 and V.F.W. Post No. 5357.

Family Visitation: The family will greet friends one hour prior to services on Saturday at the Steen Funeral Home in Greenfield.

Memorials: Memorials may be directed to Clair Lane Sr. Memorial Fund to be established by the family at a later date.

Clair grew up on a small farm outside of Greenfield. He walked ten miles uphill in both directions in 15 feet of snow to an old county school house every day. When he wasn’t walking to school, he helped out on the farm.

Clair joined the military and served in the U.S. Army from 1961 to 1966. After his service, he fell in love with cars and motorcycles. He spent most of his life working on them and rebuilding them. Clair had many different jobs. He worked as a mechanic at Town and County Motors, served the community as a local policeman, worked many years as a maintenance man at the Good Samaritan Society in Fontanelle, and held many other jobs in his lifetime.

Clair loved music and was a talented artist. He loved nature, cool hats, telling stories, drinking beer, and hanging out at the local bars. He also loved guns, veteran’s activities, anything patriotic, and his Dalmatians Pixie and Buddy. Clair was known to always have a friendly wave for everyone he passed.

He is preceded in death by his parents, two half-brothers, four half-sisters, and his dog Pixie.

To order memorial trees or send flowers to the family in memory of Clair Lane , please visit our flower store.
Send a Sympathy Card