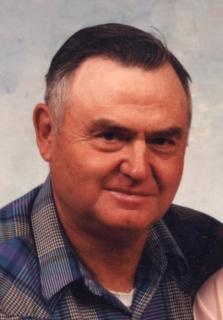 Private Family Graveside Services Will Be Held At A Later Date.

Memorials: Memorials may be made to the Clare Frizell memorial fund to be established by the family.

Clare Irwin Frizell was born February 12, 1928, the son of Elmer E. and Gladys M. (Gile) Frizell on the family farm in Adair County, Iowa. He passed away on Saturday, March 9, 2019, at the Greenfield Rehabilitation and Health Care Center in Greenfield at the age of 91.

Clare was raised in Adair County and graduated from Greenfield High School. He served his country in the United States Army during the Korean War in the 13th Engineers Construction. He attended GI Ag Business in Orient after returning home from the service. On October 30, 1955, he was united in marriage to Pearl LaPorte in Union County, Iowa. To this union five children were born: James, Robert, Nancy, Sherry and William. They farmed in Adair County and he was a true tiller of the soil. He enjoyed farming and politics.

He was preceded in death by his parents and two brothers, Ivan and Keith Frizell.

To order memorial trees or send flowers to the family in memory of Clare Frizell , please visit our flower store.
Send a Sympathy Card