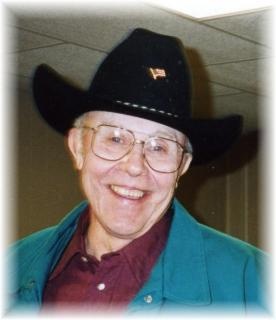 Funeral Services: Will be held on Friday, May 4, 2012, at 10:30 a.m. at the Immanuel Lutheran Church in Greenfield with burial in the Greenfield Cemetery. Full military graveside rites will be held by the Greenfield American Legion Head-Endres Post No. 265 and V.F.W. Post No. 6562.

Visitation: Will be held on Thursday at the Steen Funeral Home in Greenfield from 2:00 p.m. to 8:00 p.m. with the family greeting friends from 6 to 8 p.m.

Memorials: Memorials may be made to the Clifford Bax memorial fund to be established by the family.

Clifford Lee Bax was born December 24, 1932, the son of Arie and Margaret (Meints) Bax in Sterling, Nebraska. He passed away on Tuesday, May 1, 2012, at the Good Samaritan Society in Fontanelle at the age of 79.

Clifford started grade school in rural Nebraska. The family moved to Iowa in 1944 and he graduated from Greenfield High School in 1950. He entered the Army in January of 1953. Basic training was at Fort Leonard Wood, Missouri and he graduated from Engineers School at Fort Beluvior, Virginia. On August 26, 1956, he was united in marriage to Phyllis Dwyer in the Immanuel Lutheran Church in Greenfield. To this union two sons were born: Phillip and Brad.

Clifford was a member of the Immanuel Lutheran Church, serving in various offices, the Adair County Pork Producers, Greenfield School Board, Adair County Sheriff's Reserve, and the Farmers Coop Board. He was awarded the Soil Conservation award in 1957 and 1988, the Outstanding Young Farmer award in 1967, and was a FFA Honorary Chapter farmer. He spent his whole life farming in Adair County.  He enjoyed dancing, wood working, fishing, hunting, reading, helping others, working in his yard, coffee at the coop and especially loved being with his family.

He was preceded in death by his parents and brother-in-law, Jack Hoadley.

To order memorial trees or send flowers to the family in memory of Clifford Bax , please visit our flower store.