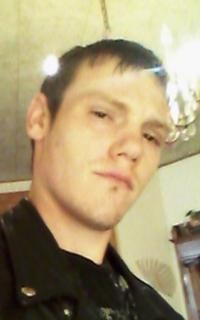 Funeral Services: Will be held on Saturday, December 5, 2015, at 5:00 p.m. at the Steen Funeral Home in Greenfield with burial in the Fontanelle Cemetery at a later date. Pastor David Kindcaide will officiate the service.

Family Visitation: The family will greet friends on Saturday afternoon from 2 to 4 p.m. at the Steen Funeral Home in Greenfield.

Memorials: May be directed to the Clint Brownlee memorial fund to be established by the family at a later date.

Clint Michael Brownlee was born May 25, 1990, in Grand Prairie, Texas the son of Kyle and Jean (Compton) Brownlee. He passed away on Tuesday, December 1, 2015, at his home in Greenfield, Iowa, at the age of 25.

Clint grew up in Lake Dallas, Texas where he received his high school diploma. He moved to Greenfield, Iowa, in 2013. He worked at Bunn-o-Matic in Creston, Iowa for the last few years. He enjoyed music, drawing, fishing, playing pool, fixing things and hanging out with Pop.

He was preceded in death by his best friend and brother, Robert Tyler Austin on October 10, 2009.

To order memorial trees or send flowers to the family in memory of Clint Brownlee , please visit our flower store.
Send a Sympathy Card