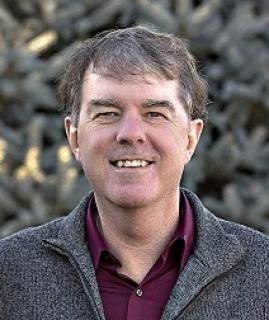 Mass of Christian Burial: Will be held on Saturday, November 16, 2019, at 10:30 a.m. at the St. John’s Catholic Church in Greenfield with a luncheon immediately following the service at Sixteen Oaks in Fontanelle. Father James Ahenkora and Father John McGivern will officiate the service.

Memorials: May be directed to the Clint Hight memorial fund to be established by the family.

On November 10, 2019, Clint Hight, loving husband, father, son and brother passed away at the age of 61 after a courageous battle with glioblastoma.

Clinton Craig Hight was born March 18,1958 at the Adair County Memorial Hospital in Greenfield, Iowa, the son of Rex and Karen Hight. He attended Greenfield Community Schools from kindergarten through twelfth grade.

Clint was always a hard and dedicated worker. He mowed many lawns each summer as a kid and worked at the local grocery store throughout high school. In 1973 at the age of 15, he spent the summer at the Northwest Territory in Canada at Baker Lake Lodge working as a cook and doing whatever job was asked of him. Fish was the main menu item and somehow he survived the summer eating other limited things.

He excelled in high school and was involved in many activities. He was class president for four years, a member of the National Honor Society and student council. He played football, baseball, ran track and wrestled. His love for sports continued as he began a long refereeing career in 1987 officiating football and wrestling. He also officiated at the state high school wrestling tournament for several years.

Clint graduated as Salutatorian from Greenfield High School in 1976. He attended the University of Iowa and graduated in 1980 with a degree in Political Science. He went on to study law at Drake University, where he earned his Doctor of Jurisprudence in 1983.

Clint practiced law in Greenfield for 36 years. He began his career with DonCarlos, Jungmann, Hight and Blessum Law firm. In 1989 he started his own practice. He hired Kara Ladd as his secretary, which became an amazing partnership for 29 years. In 1995, he was elected as part time Adair County Attorney. He continued to be a County Attorney for 12 years and then re-elected again in 2014 after taking a break. He was well respected in the legal community for his honor and ethical integrity. He also was the City Attorney for Greenfield, Fontanelle and Bridgewater and served as legal counsel for the South Iowa Municipal Electric Cooperative Association (SIMECA) board. He was a long time member of the Iowa Bar Association. He loved practicing law and had planned on working for several more years.

He was an active member of St. John’s Catholic Church, serving as president on the Parish and Finance Council for many years. If things needed to be done, Clint was the man to do it. He was a true believer in giving back to his community. He served on numerous community boards including the Nodaway Valley School Board, Pheasants Forever, FNB Bank Board, Trees Forever, Greenfield Golf & Country Club, and Young Adults Club.

Clint was united in marriage to Lora Lux on September 12, 1992. They raised three wonderful children together: Adam, Lindsey, and Rachel. Clint loved being with his family and watching his children’s sporting events. He was often seen in the stands with his briefcase, working on paperwork from his busy law practice. He loved pheasant and turkey hunting with family and friends, vacationing with his family, golfing with the same wooden clubs he had since college, listening to music (especially the Eagles), and drinking a cold Corona while watching the Chicago Cubs or Iowa Hawkeyes. If you ever had a question he most likely knew the answer. Every morning you could find him solving the crossword puzzle and sudoku in the newspaper.

Clint is preceded in death by his grandparents George Felker and Irene Kelly (Foreman), Bertha and Harold Hight, and mother-in-law, Janice Lux.

He will be forever remembered by his wife, Lora and three children, Adam of Iowa City, Lindsey of Ankeny, and Rachel of Ankeny; Parents, Rex and Karen Hight of Greenfield; Sisters, Melinda Treglia (Ed) of Clemson and Julie Jameson (Nick) of Glenwood; Father-in-law, Joe Lux; sisters-in-law, Lynn DeBerg (Hugh) and Kim Bjustrom (Jeff); several nieces and nephews; and many friends.

Memorials: To the Clint Hight memorial fund to be established by the family at a later date.

To order memorial trees or send flowers to the family in memory of Clint Hight , please visit our flower store.
Send a Sympathy Card