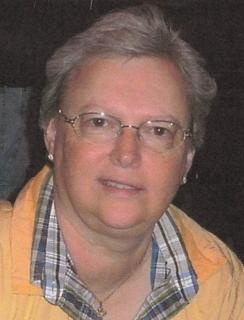 Memorials: Memorials may be directed the Colleen Morrison memorial fund to be established by the family at a later date.

Colleen Morrison (Schaaf) was born on March 28, 1955, the daughter of Lyle and Norma (Henkenius) Schaaf in Atlantic, Iowa. She passed away on February 17, 2020, after a long bout with Liver Disease. Beloved mother, wife, daughter, sister and grandmother: her love of family will always be cherished.

Born and raised in Massena, Iowa, Colleen was an Iowa girl at heart. She graduated from C&M High School in 1973. After high school she moved to Atlantic where she married Pat Morrison, manager of Brown's Shoe Fit and to raise her family. She was active in the community, working as the secretary for the Superintendant of Schools, secretary of St. Peter and Paul Catholic Church and CCD teacher at the church.

For those who were blessed to know her, she had a wonderful sense of humor, loved music, reading, golf and simpler things in life. To her Life was not about waiting for the storm to pass, but learning to dance in the rain.

She is survived by her mother, Norma Schaaf of Massena; sister, Karen; brother, Kevin; husband, Pat; two sons, Ryan and Adam; daughter, Kristin; four grandchildren, Dillon, Dominick, Devin and one due in August 2020 from her son Ryan and daughter-in-law, Adrianne; and other relatives and friends.

To order memorial trees or send flowers to the family in memory of Colleen Morrison , please visit our flower store.