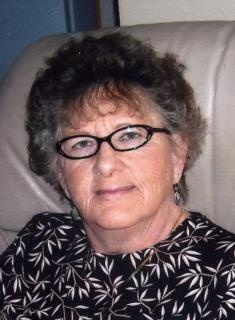 Connie Holste Lally passed away on Saturday, May 7, 2011, at the Mercy Medical Center in Des Moines.

Funeral Services: Thursday, May 12, 2011, at 1:00 p.m. at the Steen Funeral Home in Massena with burial in the Victoria Cemetery.

Memorials: To the Connie Lally Memorial Fund to be established by the family.

Connie Belle Lally was born February 15, 1943, in Massena, Iowa, the daughter of Frederick and Belle (Symonds) Holste. She passed away on Saturday, May 7, 2011, at the Mercy Medical Center in Des Moines, Iowa, at the age of 68.

Connie was raised in Massena and graduated from Cumberland-Massena High School in 1961. She worked for the Pines in Atlantic as a waitress for several years. She enjoyed reading, watching Cubbies baseball and the Boston Celtics.

She was preceded in death by her parents; brother, Charles Holste; and great niece, Brooke Holste.

To order memorial trees or send flowers to the family in memory of Connie Lally , please visit our flower store.
Send a Sympathy Card