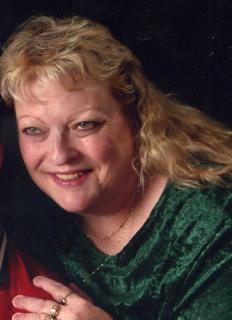 Memorials: To the Connie Jameson Memorial Fund to be established by the family.

Connie Jo Jameson passed from this life on October 16, 2011, at Methodist Hospital in Des Moines.

Connie was born on May 30, 1953 in Colorado where she remained until adulthood. She then relocated to Iowa where she was united in marriage to Wayne Lewis Jameson on July 27, 1973 and from this union a family was formed: Wayne, Connie, Gerrye, Gale, JoAnn, Ron, Renee, and Dianna Jameson. Connie was retired but worked countless years as a restaurant owner who took pleasure in cooking delicious meals for her loyal patrons.

Connie spent a great deal of time researching her family history and enjoyed searching the internet and other resources for information regarding her family lineage. She was extremely artistic and enjoyed crafting, sewing, painting, reading, and collecting strawberry regalia. She especially loved spending time with her family and cherished each moment she had with her children and grandchildren. It was apparent that Connie adored her grandchildren and considered them her prized possessions. Connie was a thoughtful and caring wife, mother, and grandmother who will be dearly missed and lovingly remembered by all.

To order memorial trees or send flowers to the family in memory of Connie Jameson , please visit our flower store.
Send a Sympathy Card