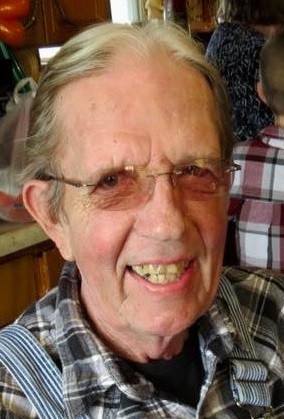 Memorials:  To the Corvis Cooper Memorial Fund to be established by the family at a later date.

Corvis was raised near Ellston, Iowa and graduated from Grand Valley High School in Kellerton, Iowa.  He proudly served his country in the United States Navy from July 1965 to August 1969.  He was a ship fireman serving in the Vietnam War.  He was awarded the National Defense Service Medal and Vietnam Service Medals with two Bronze Star Medals.

He was united in marriage to Cherry Burkholder and to this union one son, Chad was born.  He worked as a carpenter for Betts and Beer Construction in Adair, Iowa, until February 1987.  On April 9, 1991, he was united in marriage to Paula Bakerink in Arkansas.  He worked at Cardinal IG in Greenfield for 29 years, retiring in 2016.  Corvis enjoyed woodworking, fishing, hunting, rock hunting and NASCAR racing.

To order memorial trees or send flowers to the family in memory of Corvis Cooper, 77, of rural Orient, please visit our flower store.
Send a Sympathy Card

Burial will follow the service in the Hopeville Cemetery, south of Murray, Iowa with full military graveside rites will be conducted by the American Legion Davis-Pence Post No. 69 and the Navy Military Funeral Honors.