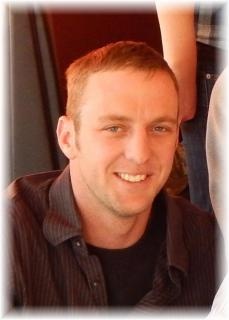 Funeral Services: Will be held on Friday, March 7, 2014, at 10:30 a.m. at the United Methodist Church in Greenfield with burial at the Greenfield Cemetery. A luncheon will be held following the committal services at the church.

Visitation: The family will greet friends on Thursday, March 6th, from 4:00 to 7:00 p.m. at the United Methodist Church in Greenfield.

Memorials: A memorial has been set up at the First National Bank in Greenfield, 101 N.E. Hayes Street, Greenfield, Iowa 50849.

Courtney James Johnston was born April 3, 1986, in Creston, Iowa, the son of Gale and Kally (Bonus) Johnston. He passed away on Friday, February 28, 2014, at the Mercy Medical Center in Des Moines, Iowa, at the age of 27.

Courtney was raised and grew up in Greenfield. He graduated from Nodaway Valley High School in 2004. While in high school, Court enjoyed wrestling, playing football, baseball, golf, and running cross country. He attended SWCC for nursing for a year and then went onto Diesel Mechanic School at DMACC, graduating in December of 2007. He was united in marriage to Kathleen Baudler on September 20, 2008, in the Emmanuel Lutheran Church in Fontanelle. To this union one son was born, Lane Tucker Johnston.

In March of 2008, they moved to Dexter. He worked for Inland Truck Parts as a diesel mechanic in Ankeny while attending DMACC and continued to work there for five years. In 2011 he started working for Interstate Power Systems in Altoona. Courtney enjoyed his work, loved to hunt, fish, trap, "shooting shit”, telling stories with friends around camp fires, and especially loved farming and spending time with Kathy and Lane.

He was preceded in death by his maternal grandfather, Francis Lee Bonus.

To order memorial trees or send flowers to the family in memory of Courtney Johnston , please visit our flower store.