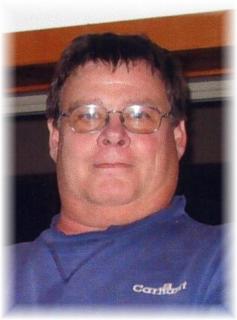 Craig Cummins passed away on Sunday, June 10, 2012, at his home in Fontanelle.

Celebration of Life Services: Will be held on Thursday, June 14, 2012, at 10:30 a.m. at the United Methodist Church in Fontanelle with a luncheon immediately following the service. Private family burial will take place in the Fontanelle Cemetery. Pastor Cathy Nutting will officiate the service. The Steen Funeral Home in Fontanelle is in charge of the professional arrangements.

Craig was raised in Fontanelle and graduated from Bridgewater-Fontanelle High School in 1975. He then went on to college and graduated from Iowa Western Community College in Council Bluffs. He lived his entire life in Adair County, Iowa. In 1982, he was united in marriage to Judi Noland. To this union two children were born: Erin and Jacob. In October of 1992, he was united in marriage to Jodie Shinkle. To this union one son, Logan was born. Craig began working at a young age in the family construction business, Cummins Construction, and has worked side by side with his dad for most of his life. He has been in a relationship with Dixie Dukes for the last 8 years.

He was preceded in death by his mother, Marlene Cummins.

He is survived by his companion, Dixie Dukes and her daughter, Messina (which he called his daughter) of Fontanelle; father, Charles Cummins of Fontanelle; three children, Erin Vacanti of Omaha, Jacob Cummins (Jodie) of Fontanelle and Logan Cummins of Adair; two grandchildren, Abigaile Pickle and Charles Lee Cummins; three sisters, Kaye Bax (Brad) of Greenfield, Susan Ehrsam (Monte) of Greenfield and Alecia Viera (Rob) of Minneapolis, MN; nieces, nephews, other relatives and friends.

To order memorial trees or send flowers to the family in memory of Craig Cummins , please visit our flower store.
Send a Sympathy Card