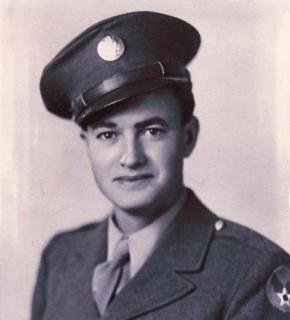 Public Graveside Services: Will be held at the Greenfield Cemetery in Greenfield on Friday, June 19, 2020, at 11:00 a.m. with full military graveside rites conducted by the Greenfield American Legion Head-Endres Post No. 265 and V.F.W. Post No. 5357. Due to COVID-19, Social Distancing will be practiced. The Steen Funeral Home in Greenfield is in charge of the professional arrangements.

Memorials: May be directed to the Dale Killion memorial fund to be established by the family or to the Orient Plymouth Congregational Church.

Dale Edward Killion, son of Asa Alyernon and Zoa Effie (Weeks) Killion, was born on August 13, 1922 near Lorimor, Union Co., Iowa. He passed away peacefully on Thursday, June 11, 2020, at the Greater Regional Health Center in Creston at the age of 97.

In March of 1923, Asa and Zoa moved their family to Grand River Township, Adair County, Iowa, ¾ miles south of Grand River Center School #5. When their house burned in 1925, Dale and his family lived with a neighbor Jake Smith and Zoa’s brother L.D. Weeks until they had a temporary shelter fixed for them. They were able to save the kitchen part of the house and by attaching a granary to it, they had two rooms that a family of eight lived in until the house was built.

In March 1928, they moved to Orient Township, Adair County, where Dale started and received his formal schooling at Orient Consolidated School, graduating from Orient High School in 1941. While in high school he played football, participated in track and drove a school bus. When Dale lost both of his parents, at a young age, Asa at 10 years and Zoa at 13 years, he was raised by his brothers and sisters. Dale had several horses which he spent a lot of time training to do tricks and riding everywhere. Dale helped Kenneth farm until he enlisted in the U.S. Army.

On November 1, 1942, Dale, Lee Hazen and Tom Wallace, Jr., enlisted in the U.S. Army together. He attended boot camp at Big Spring, Texas and was assigned to the U.S. Army Air Corp as a heavy equipment operator. In January 1943, he received orders transferring him to 813th bombardier Training Squadron at San Angelo Army Air Field, San Angelo, Texas. In June 1945, he was sent to Radio School at Scott Air Base, Bellevue, Illinois, then to Gunnery training at Panama City, Florida. After Gunnery Training he was sent to San Antonio, Texas, then to Kingman Army Air Base, Kingman, Arizona, awaiting discharge. Dale received an honorable discharge from the U.S. Army at Lowery Air Field, Lowery, Colorado, on January 26, 1946. Dale was awarded the following decorations: American Theater Ribbon, Good Conduct Medal and W.W. II Victory Medal. One of Dale's most cherished memories was the Hy-Vee Honor Flight to Washington D.C. on October 13, 2009. Plenty of pictures were taken and he would proudly show them to anyone.

After his discharge Dale returned home to farm with Kenneth and worked for D.G. Reeves Trucking, hauling coal and livestock until Dale and Kenneth bought their farm in the spring of 1946.

Dale married Marjorie (Marge) Ann Clayton on November 9, 1947, in Fontanelle, Iowa and they made their home in an upstairs apartment in Orient. Their first child of five children was born at Majorie parents’ home during a snowstorm. In the summer of 1948, they moved to the farm and lived there until Dale retired from farming in 1979 and they moved back to Orient. Dale was a lifetime farmer in Adair County and did custom farm work for area neighbors. Farming was his life and he loved the feeling of accomplishment. In 1973, he started selling seed corn for Garst Seed Corn Company and later with the Pioneer Seed Corn Company until 1994.

When their children joined the Orient Bulldog 4-H clubs, Dale and Marge became leaders for the 4-H clubs. They always cherished the memories and friends they made while attending the Adair County and Iowa State Fairs, often as chaperons while attending the Iowa State Fair. Dale and Marge enjoyed working on their family’s history, taking trips to visit relatives and cemeteries. Countless hours were spent gathering and making copies of documents, pictures and putting them in binders. Dale loved going to congregate meals and morning coffee at the bank. He always enjoyed seeing his grandchildren and great grandchildren. He was an avid Iowa Hawkeye and Chicago Cubs fan.

To order memorial trees or send flowers to the family in memory of Dale Killion , please visit our flower store.
Send a Sympathy Card