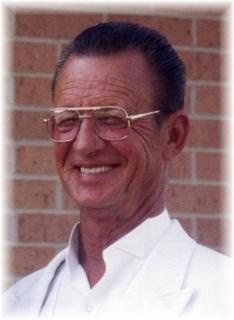 Dale Ranney passed away on Sunday, November 10, 2013, at his home, rural Massena.

Funeral Services: Will be held on Friday, November 15, 2013, at 10:30 a.m. at the Steen Funeral Home in Massena with burial in the Massena Center Cemetery, north of Massena. A luncheon will be held at the Legion Hall in Massena following the burial.

Open Visitation: Will be held on Thursday at the Steen Funeral Home in Massena from 12 p.m. to 8 p.m.

Family Visitation: The family will greet friends on Thursday evening, November 14th, at the Steen Funeral Home in Massena from 6 to 8 p.m.

Memorials: To the Dale Ranney Memorial Fund to be established by the family at a later date.

Dale Millard Ranney was born October 3, 1936, the son of Cecil Harris and Mildred Ellen (Maas) Ranney in Cass County, Iowa. He passed away on Sunday, November 10, 2013, at his home in rural Massena, Iowa, at the age of 77.

Dale grew up in the Cumberland-Massena area where he attended country schools and then graduated from Massena High School in 1954. After high school he farmed with his dad and brothers for a few years. He then built road in Cass County for a while and then moved to California and worked for five years. After returning to the area he constructed terraces and ponds for Frank Waters, operated his own tiling business and then started his trucking business, Dale Ranney Trucking which is still operating. He loved to work and enjoyed deer hunting and hand fishing. On February 9, 1974, he was united in marriage to Mary Lou Hardisty in Omaha, Nebraska. Dale and Mary traveled to Yellowstone National Park on a vacation two months ago.

He was preceded in death by his parents; two sons, Gary and Phillip Ranney; and brother, Jim Ranney.

To order memorial trees or send flowers to the family in memory of Dale Ranney , please visit our flower store.
Send a Sympathy Card