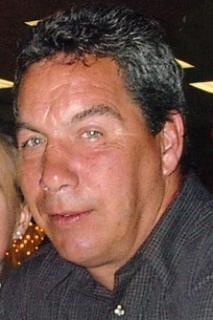 Funeral Services: Will be held on Friday, August 26, 2016, at 6:00 p.m. at the United Methodist Church in Greenfield. A luncheon will be held at the church immediately following the services. Pastor Eric Schubert and Mark Nelson will officiate the service. The Steen Funeral Home in Greenfield is in charge of the professional arrangements.

Memorials: May be directed to the Dan Corcoran memorial fund to be established by the family at a later date.

Dan attended Greenfield Schools in Greenfield, Iowa and graduated as a GHS Tiger in 1976. Dan received a football scholarship as a defensive back from Ellsworth. He was privileged to play in the Jr. Rose Bowl as NJCAA National Champions in 1976. Dan was employed as Quality Control Specialist at Ferrara Candy Company in Creston, Iowa. Dan was blessed with a daughter, Bailey on April 24, 1992.

He was preceded in death by his father, Bud Corcoran; sisters in infancy Deborah and Denise; and brother-in-law Stephen Gleason.

To order memorial trees or send flowers to the family in memory of Dan Corcoran , please visit our flower store.