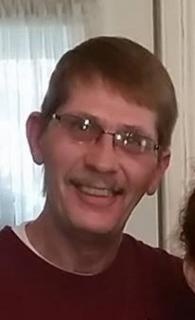 Open Visitation: Friends may call at the Steen Funeral Home in Greenfield on Thursday, February 5th from 12:00 p.m. to 8:00 p.m.

Family Visitation: The family will greet friends on Friday one hour prior to services at the church.

Memorials: Memorials may be directed to the Dan May memorial fund to be established by the family at a later date.

Daniel Alan May was born January 14, 1955, the son of Paul and Dorothy Marie (Donnellan) May in Greenfield, Iowa. He passed away peacefully on February 2, 2015, at the Iowa Methodist Medical Center in Des Moines, Iowa, at the age of 60.

Dan “Satch” as we all knew him, lived in the Greenfield area all of his life. He attended school in Greenfield and graduated from Greenfield High School with the class of 1973. He served his country in the United States National Guard. He married Ingrid (Boose) Swanson in 1984 in Fontanelle, Iowa and they later divorced.

Dan began work at Cardinal Insulated Glass in April of 1986 and has worked there for 29 years. He was a member of American Legion and a bowling league in Greenfield for several years. He enjoyed watching football and spending time with his family, grandchildren, nieces, nephews and friends. He was an avid Iowa Hawkeye fan and enjoyed watching NASCAR.

He was preceded in death by his parents; grandparents; brother-in-law, Taylor Donovan; and son-in-law, Clay Preedy.

He is survived by his daughters, Renee Harbin and husband Brady of Leoti, Kansas and Michelle Swanson and Bob Harr of Windsor, Pennsylvania; three grandchildren, Bailey, Madison and Colton; brother, Jim May and wife Lois of Greenfield; two sisters, Patricia Donovan of Maysville, Missouri and Janet Mellinger and husband Steve of Creston; many nieces, nephews, other relatives and friends.

To order memorial trees or send flowers to the family in memory of Dan May , please visit our flower store.