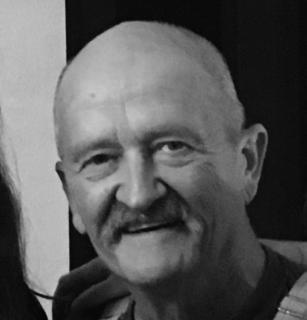 Private Family Services Will Be Held At A Later Date. The Lamb Funeral Home in Greenfield is in charge of the professional arrangements. Online condolences may be left to the family at www.steenfunerals.com.

Memorials: May be directed to the Daniel E. Love Memorial Fund to be established by the family at a later date, in care of Lamb Funeral Home, PO Box 390, Greenfield, Iowa 50849.

Dan attended early elementary school in Yarmouth, IA and graduated from Earlham High School in 1967. He was drafted into the U.S. Army during the Vietnam war and ended up spending the majority of his service in Germany. After his military service, Dan expanded on the carpentry skills he learned from his father by working for a private contractor, then worked at the Pella Corporation for a few years, and ultimately became and was a self-employed builder and carpenter for over 40 years. His thumbprint can be found in many homes all over Madison County and the surrounding counties.

He was a collector of many things: model promo cars, nostalgic paraphernalia, car magazines, but his greatest collection was that of lifelong friends among those he met wherever he went. Many of these lifelong friends and family were able to gather for Dan’s 70th birthday and reminisce about the cherished events of their lives. Dan was also a self-taught artist. His work appeared in his class yearbook as well as the Earlham Centennial Arch. He drew a portrait of his father on a pecan shell. He loved to draw cars for the grandchildren.

Dan suffered a stroke in 2016 of which he seemed to fully recover, but a second stroke in May of 2020 largely paralyzed his dominant right side. He hoped that through physical therapy he could return to some level of normal movement, but his right leg and right arm refused to cooperate. A series of health complications led to hospitalization in December 2021, but he remained lucid until about 11 hours before he passed away and was able to share rich moments with many of his beloved family and friends over the course of his final 3 days on this earth. Dan fell asleep at about 3:30 p.m. on Wednesday December 22nd, escaped his broken body and slipped peacefully into eternity at approximately 1:48 a.m. on December 23, 2021, surrounded by family.

To order memorial trees or send flowers to the family in memory of Daniel Love , please visit our flower store.