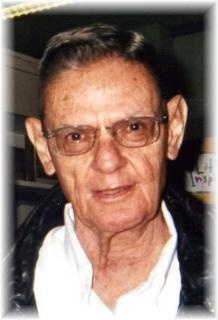 Mass of the Resurrection: Friday, February 17, 2012, at 1:00 p.m. at the St. John’s Catholic Church in Greenfield with burial following in the Greenfield Cemetery. Full Military Graveside Rites by will be conducted by the Greenfield American Legion Head-Endres No. 265 and V.F.W. No. 5357.

Memorials: To the St. John’s Catholic Church or A.A.

Daniel Lee Sinner was born on October 25, 1931, in Des Moines, Iowa, the son of Lawrence and Marie (Meisner) Sinner. He passed away on Tuesday, February 14, 2012, at the Greater Regional Hospice Home in Creston, Iowa, at the age of 80.

Daniel was raised and graduated from Greenfield High School. He attended Wentworth Military Academy in Lexington, Missouri and then went on to Coe College in Cedar Rapids and the University of Nebraska Omaha. He served his country in the United States Air Force. He owned and operated Sinner Motor Company in Greenfield for many years and later was the farm manager for the family farm. He really enjoyed golfing, Alcoholics Anonymous, and especially his church. He was a member of St. John's Catholic Church, AA, Greenfield Country Club and the American Legion.

He was preceded in death by his parents; brother, Randall Sinner; and son, Steven Sinner.

To order memorial trees or send flowers to the family in memory of Daniel Sinner , please visit our flower store.