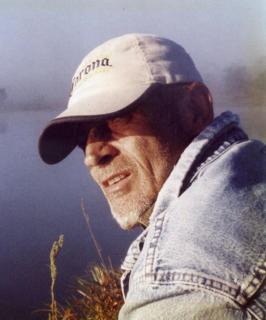 Daniel “Boomer” Twombly passed away on Friday, April 22, 2016, at the Adair County Memorial Hospital in Greenfield.

Memorials: To the Boomer Twombly Memorial Fund to be established by the family at a later date.

Daniel Brian Twombly “Boomer” was born February 16, 1952, the son of Bergen and Dorothy “Cutting” Twombly in Greenfield, Iowa. He passed away on Friday, April 22, 2016, at the Adair County Memorial Hospital in Greenfield, Iowa, at the age of 64.

Boomer was raised in Greenfield and attended Greenfield High School. After high school he worked for Schildberg Construction for a few years. He spent a good portion of his adult life in Atlantic. Due to declining health he returned to Greenfield and for a few years made his home with his brother Gary. After Gary passed away in 2007, he moved in with his mother. Boomer enjoyed fishing, going to casinos, and driving around in his red Chevrolet pickup.

He is survived by his mother, Dorothy Twombly of Greenfield; nephew, Josiah Twombly (Amber) of Renton, Washington; other relatives and friends.

To order memorial trees or send flowers to the family in memory of Daniel Twombly , please visit our flower store.
Send a Sympathy Card