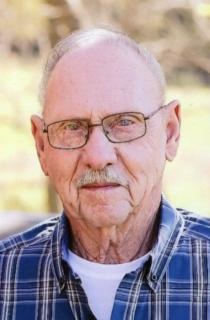 Funeral Services: Will be held on Monday, November 11, 2019, at 1:30 p.m. at the United Methodist Church in Greenfield with burial in the Greenfield Cemetery with full military graveside rites will be conducted by the Greenfield American Legion Head-Endres Post No. 265 and V.F.W. Post No. 5357. Pastor Eric Schubert will officiate the service. A luncheon will be held at the church following the committal services at the cemetery.

Open Visitation: Friends may call at the Steen Funeral Home in Greenfield on Sunday, November 10, 2019, from Noon to 5:00 p.m.

Memorials: May be made to the Dannie Harter memorial fund to be established by the family at a later date.

Dannie was educated and lived in Oakfield, Iowa and then his family moved to Dexter in 1948. He graduated from Greenfield High School. He served his country in the United States Army from 1955-1957. He did his basic training in Arkansas and then was stationed in Ft. Lewis, Washington as an auto mechanic. On June 19, 1966, he was united in marriage to Suzanne Myrtle Tye in the Church of Christ in Griswold, Iowa. To this union one daughter Kimberly Jo was born.

Dannie worked for Schildberg’s, Wesack Body Shop and then in 1985 his brother, John and him opened Harter Auto Body in Greenfield, retiring in 1999. He enjoyed hunting, fishing, camping and especially spending time with his family.

He was preceded in death by his parents and brother, John Harter.

To order memorial trees or send flowers to the family in memory of Dannie Harter , please visit our flower store.