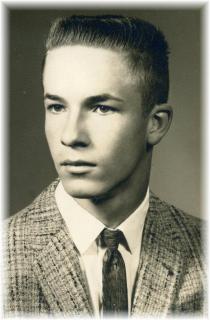 Funeral Services: Will be held on Wednesday, January 23, 2013, at 1:30 p.m. at the United Methodist Church in Tabor, Iowa, with burial in the Mt. Zion Cemetery, rural Taber, Iowa. The Steen Funeral Home in Fontanelle is in charge of the professional arrangements.

Visitation: Will be held one hour prior to services at the church on Wednesday.

Memorials: To the Darrel Ruse memorial fund to be established by the family at a later date.

Darrel Cecil Ruse died on Sunday, January 20, 2013 at Mercy Hospital in Des Moines following an extended illness. He was a son of Cecil S. and Fern A. (Hammer) Ruse and born on September 13, 1944 at the Hamburg Hospital in Hamburg, IA on his Grandpa Roy Ruse’s birthday. Darrel attended all his school years at the Tabor Consolidated Schools and graduated in 1962 from the reorganized Fremont-Mills Community Schools of Tabor, IA.

He began working and farming for Wayne Hopkins of Sidney. Darrel married Doris (Dodie) Hopkins on January 12, 1963. He continued working for Wayne Hopkins on the farm and at the elevator business. He was always especially boastful of operating the John Deere 5020 tractor. Wayne Billy Hopkins (formally known as Douglas Wayne) and Stephanie Lynn were born into the family while the family still lived in Iowa. In about 1967, Darrel and his family moved to Scottsdale, Arizona. He began his career in the flooring industry laying soft and hard floor coverings.

Patricia Jane and Michelle Elaine were welcomed into the family while living in Arizona. Later, Darrel and Dodie divorced, but Darrel remained in Phoenix until the early fall of 2005 when he moved to Fontanelle, Iowa living at Good Samaritan Care Center. He had become blind and unable to live independently.

To order memorial trees or send flowers to the family in memory of Darrel Ruse , please visit our flower store.
Send a Sympathy Card