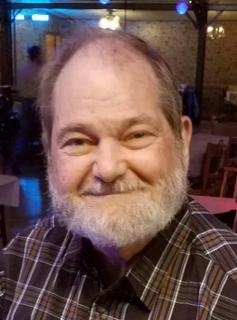 Funeral Services: Will be held on Thursday, April 22, 2021, at 1:00 p.m. at the United Methodist Church in Greenfield with burial at the Greenfield Cemetery at a later date. Fellowship and refreshments with the family will be held immediately following the service at the church. Pastor Melinda Stonebraker will officiate the service. Masks will be required at the church for visitation and funeral service.

Memorials:  In lieu of flowers, the family suggestsmemorial donations to be made in his name to Greenfield or Martensdale’s FireDepartments and First Responders, or blood donations to your local blood bank.  Any monetary donations given directly to his daughter Rebecca or son Nathan will be split between those two organizations.

David Harold Stalder was born September 29, 1951 in Clarinda, Iowa. He took the next step in life’s journey on April 18, 2021, surrounded by family at his home near Bevington, Iowa.

Dave grew up in Nodaway, Iowa and attended Villisca Community Schools, graduating in 1969. Upon graduation from high school, Dave embarked on a life full of “firsts”, interesting adventures, and serving others in many different ways.

When Dave was in high school, he started clowning rodeos in Nodaway and there he discovered many things that went far above just the comedy and occasional firework mishap. During his years doing this he also enjoyed time spending time at the local jail and Sherriff's office and not for the reasons you would think. These adventures helped him to discover the untold benefits of being part of the ambulance crew by enjoying many up close and free experiences at the Adam’s County Speedway. This experience led him on to years of service as an EMT and paramedic.

Dave took a short detour to Washington D.C. to work as a tech for the FBI and then he returned to Iowa to continue his career as an EMT. Dave was in the first basic EMT class at Southwestern Community College in Creston, Iowa and he worked on ambulance crews in Creston, Greenfield, and Des Moines. On one of his calls to the NICU at Methodist Hospital-Des Moines for transport assistance he met Pam. That chance meeting later led him to become the father to two beautiful children, Nathan and Rebecca. Dave’s work as an EMT in Des Moines led him to being in the first paramedic class at Mercy Hospital, which next gave to him the opportunity to be the first paramedic to fly on Life Flight with Methodist Hospital. Dave later went on to work at Mercy Hospital in the dispatch center for Air Life Helicopter where he helped build the computer system that provided flight path information to the pilots as well as crucial medical reports to the nurses on board the flight. His work building the computer system to support Air Life opened a door for him to work in Colorado for the company that built Mercy’s helicopter. Upon his return to Iowa he followed the path of technology and worked at United Way Dislocated Worker’s Center, CMFZ Ad Agency, Goulden, Norwest Bank, and finally Wells Fargo before retiring in 2009.

One of Dave’s biggest passions and source of his greatest adventures was his love of music. Like many other things he didn’t just enjoy sitting on the side lines. He got involved supporting the live music that he loved so much. Starting in 1976, The Last Band on Earth played in Creston and Dave started recording their performances on the weekends. Once he had moved to Des Moines in 1980, he began to play music at events for family and friends as a DJ. Around 1988 he started working part time for a sound company that provided sound for live music events around Iowa. In 1990 he was working sound and lights for the Carp Festival in downtown Des Moines. While setting up onstage, he met and befriended The Flying Marsupials. That event led to the next 12 years of driving the party bus, keeping the coolers full, trying to keep the guys focused both before and after shows. Those adventures provided countless stories and experiences. Some of which he was able to share with his family and some that are better left unsaid. Beyond the stage, this group retained its friendship throughout the rest of his life.

Dave was also one of the founding members of the Des Moines Parrot Head Club in 1993. While supporting the Parrot Head Club he ventured a trip to New Orleans where he met the band Evangeline. This introduction also inspired friendships that spanned the rest of his life. Because of this and his connection with Evangeline, Dave flew to Louisiana many weekends to help with sound for live music shows. In addition to supporting live music local and afar, he continued to provide sound systems and music for family and friends throughout his life.

He is survived by his parents Jim and Bonnie Stalder and Ray Cassidy; the mother of his children, Pam (Jim); his son Nathan (Laura), daughters Rebecca (Shane), and Amber. His grandchildren Jarod, Patra, Charlotte, Destiny, Jaden, and Joe; his dog and faithful companion Bailey; his brother Cliff (Teresa), sister Jenny (Jeff); and nieces and nephews Nikki (Tim), Brianna, Jenna (Carter), Kayla (Chase), Travis; Lyndsey, Madison, Jaden, Toben, Eleyna, Elyssa, Avery, Ella. Dave was also blessed to have been surrounded by a large extended family, dear friends, and a few nuts and weirdos (you guys can decide who is who).

His humor and guidance will be missed but his memory will remain in our hearts like the melody in which he shared his love.

To order memorial trees or send flowers to the family in memory of Dave Stalder , please visit our flower store.