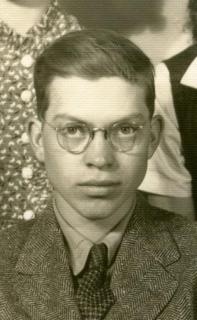 Funeral Services: Will be held on Monday, November 23, 2015, at 11:00 a.m. at the Steen Funeral Home in Greenfield with burial at the Greenfield Cemetery. A luncheon will be held at Cornerstone Fellowship following the committal services at the cemetery. Mr. Ken Sidey will officiate the service.

Family Visitation: The family will greet friends on Sunday from 3:00 to 5:00 p.m. at the Steen Funeral Home in Greenfield.

Memorials: Memorials may be directed to the David Bathurst Memorial fund to be established by the family at a later date.

David Lawrence Bathurst was born September 24, 1923, the son of Jay and Elsie (Hager) Bathurst in Adair County, Iowa. He passed away on Tuesday, November 17, 2015, at the Mercy Medical Center in Des Moines, Iowa, at the age of 92.

David was raised on a farm near Orient and he graduated from Orient High School. He rented a farm near Fontanelle and then in 1954 bought a farm of his own northeast of Greenfield where he spent the most of his life. In 1959, he was united in marriage to Ruth Caroline Borgersrode in Minneapolis, MN. To this union four children were born: Paul David, Timothy Lee, Daniel Duane and Caroline Esther.

He was preceded in death by his parents; wife, Ruth in 2006; and two sisters, Doris Bathurst and Rachel Caviness.

To order memorial trees or send flowers to the family in memory of David Bathurst , please visit our flower store.