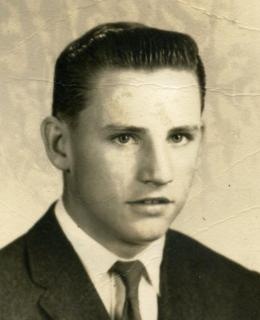 Graveside Service: Will be held on Friday, September 8, 2017, at 11:00 a.m. at the Fontanelle Cemetery, Fontanelle, Iowa. Chaplain Emery McDonald will officiate the service. The Steen Funeral Home in Fontanelle is in charge of the professional arrangements.

Memorials: To the David Hall Memorial Fund to be established by the family at a later date.

David grew up in the Diagonal and Fontanelle areas. He graduated from Anita High School in 1963. On August 16, 1966, he was united in marriage to Cheryl Eaton in Leon, Iowa. To this union two children were born: Russell and Cherry. David and Cheryl later divorced.

David worked on bridge construction for many years, retiring in 2007. He loved to hunt, fish, and was an excellent craftsman. He especially enjoyed visiting his daughter’s farm in Humeston and loved her pets.

He was preceded in death by his parents; and sister, Evelyn Kline and her husband Daryl.

To order memorial trees or send flowers to the family in memory of David Hall , please visit our flower store.