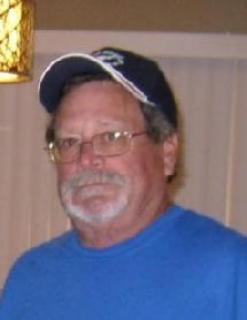 Funeral Services: Will be held on Friday, July 9, 2021, at 2:00 p.m. at the Community Building in Cumberland with burial in the Victoria Township Cemetery south of Massena. Pastor Casey Pelzer will officiate the service.  The Steen Funeral Home in Massena is in charge of the professional arrangements.

Memorials: May be directed to the David and Julie Krauth Memorial Fund to be established by the family at a later date.

David Allen Krauth died on July 2, 2021, alongside his wife Juliana, due to injuries sustained in an automobile accident near Massena, Iowa.

David was born on May 27, 1947, in Atlantic, Iowa to Carl and Myrtle (Garside) Krauth. David grew up on the family farm just south of Massena and lived there most of his life. He graduated from Cumberland-Massena High School in 1965 and later earned an Associate Degree in Electrical Engineering from Southwestern Community College in Creston, Iowa. David had many jobs throughout his life, including working for both Douglas Cable Company and Schildberg Construction in Atlantic for many years, but throughout his life he enjoyed farming the most. David had four children from his first marriage.

David married his current wife, Juliana, in 1988, in a small ceremony on the family farm, where they resided until their deaths. Those that knew David saw him spend a lot of his time working on various projects around the farm and house. David also had a love for classic cars, working on several throughout his life. David and Julie enjoyed semi-retirement by traveling together and eventually spending their winters in the warmer climate of Welesco, Texas, where they had become a part of the retirement community there.

David was preceded in death by his parents, Carl and Myrtle Krauth, wife, Juliana and his brothers John and Robert Krauth.

He is survived by Todd Krauth (Shelly) of Carlisle, Brian Krauth (fiancée Kelsey Schmidt) of Massena, Alisha Millslagle of Bridgewater and Amber Arnold (Brent) of Omaha, along with seven grandchildren.

To order memorial trees or send flowers to the family in memory of David Krauth , please visit our flower store.
Send a Sympathy Card